I purchased this case devoid of instruments on ebay and it is quite heavy, roughly 30 pounds. It must have weighed at least twice that when originally full of instruments.

One can see how organized the instruments were as depicted in the metal plaques which delineated exactly where each instrument belonged in this three tier enormous case.

In my years of collecting I have only seen one other like it but it also had no instruments. The surgical instruments may have been sold or destroyed or lost or removed when the Naval Vessel was removed from service, I really do not know? 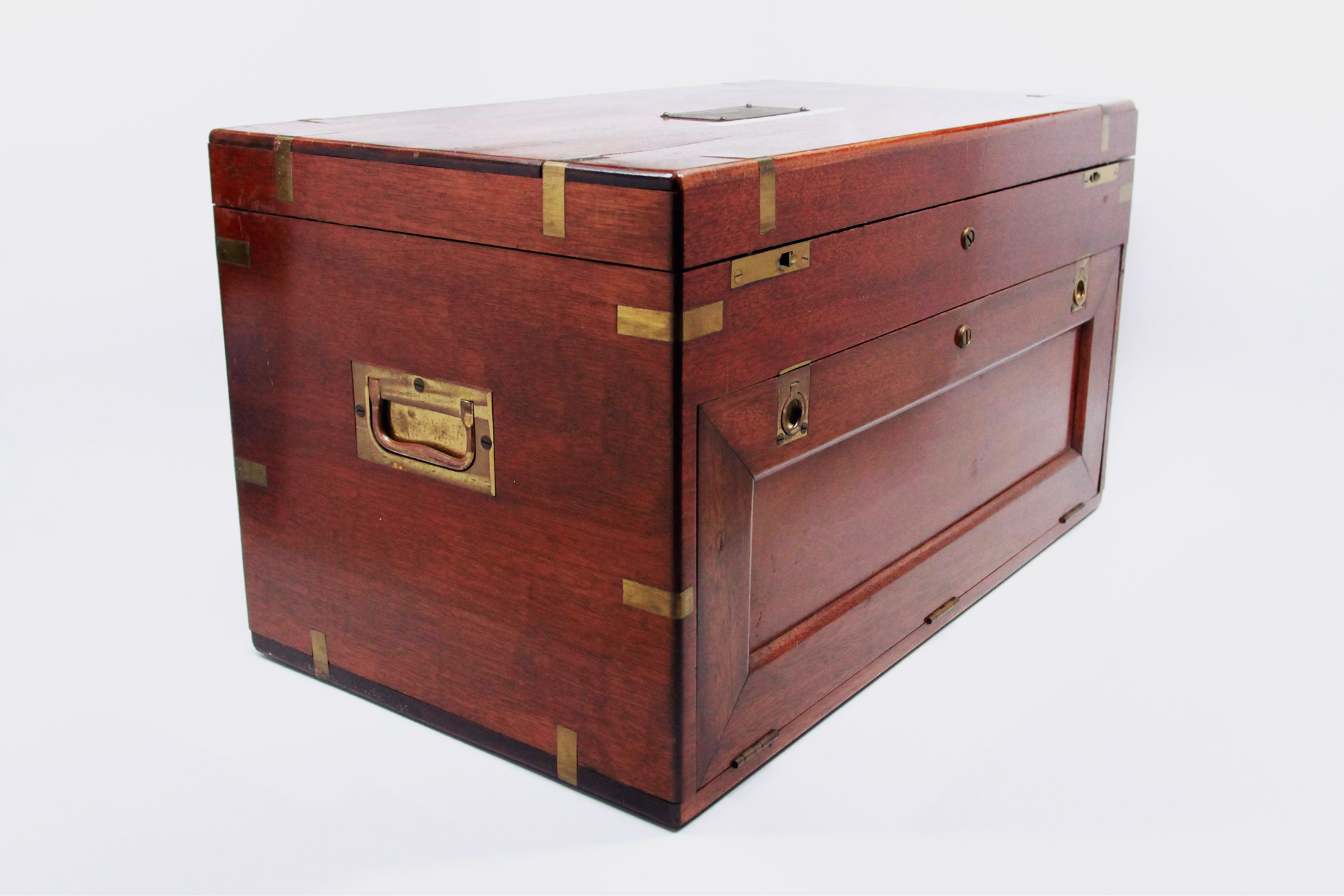 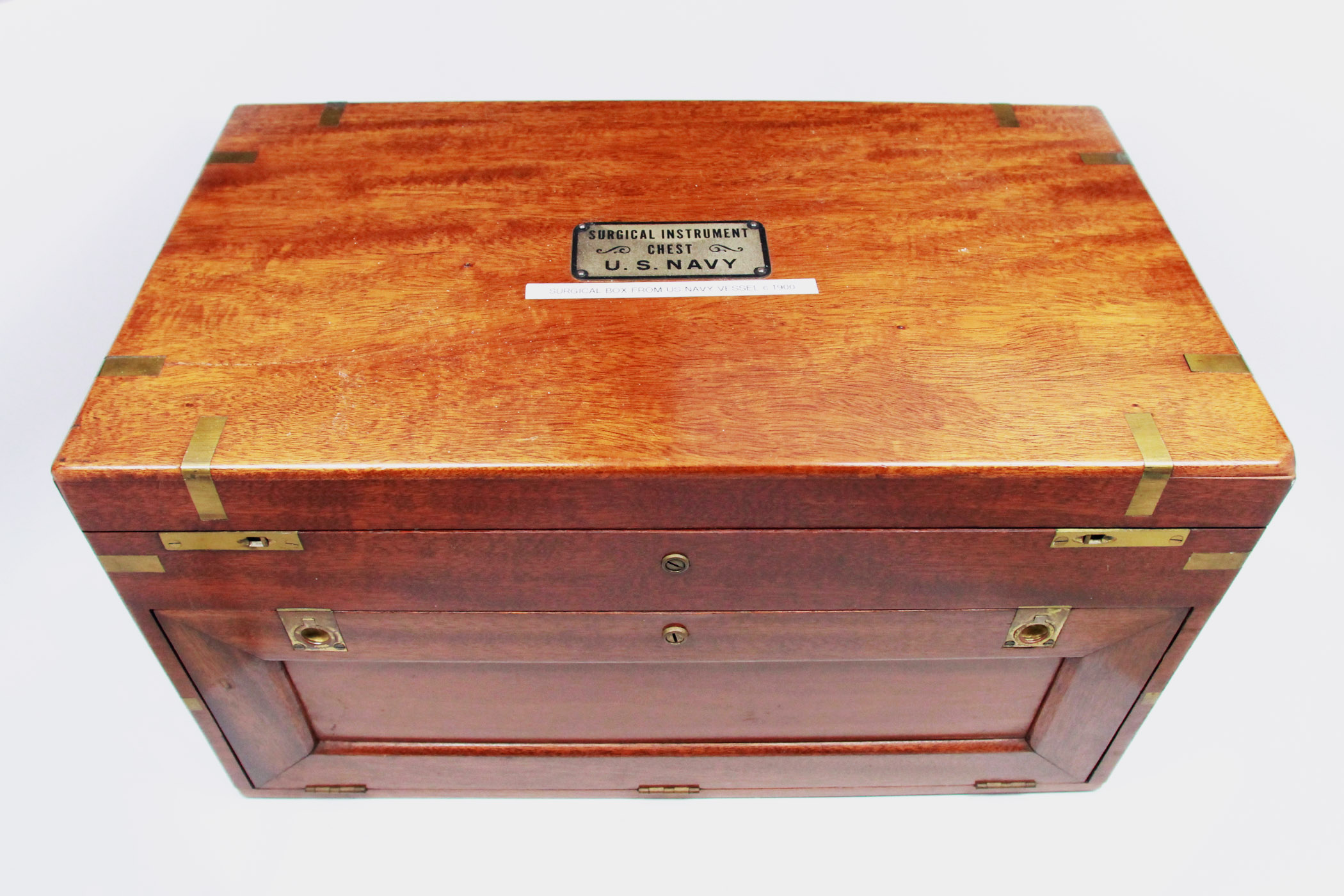 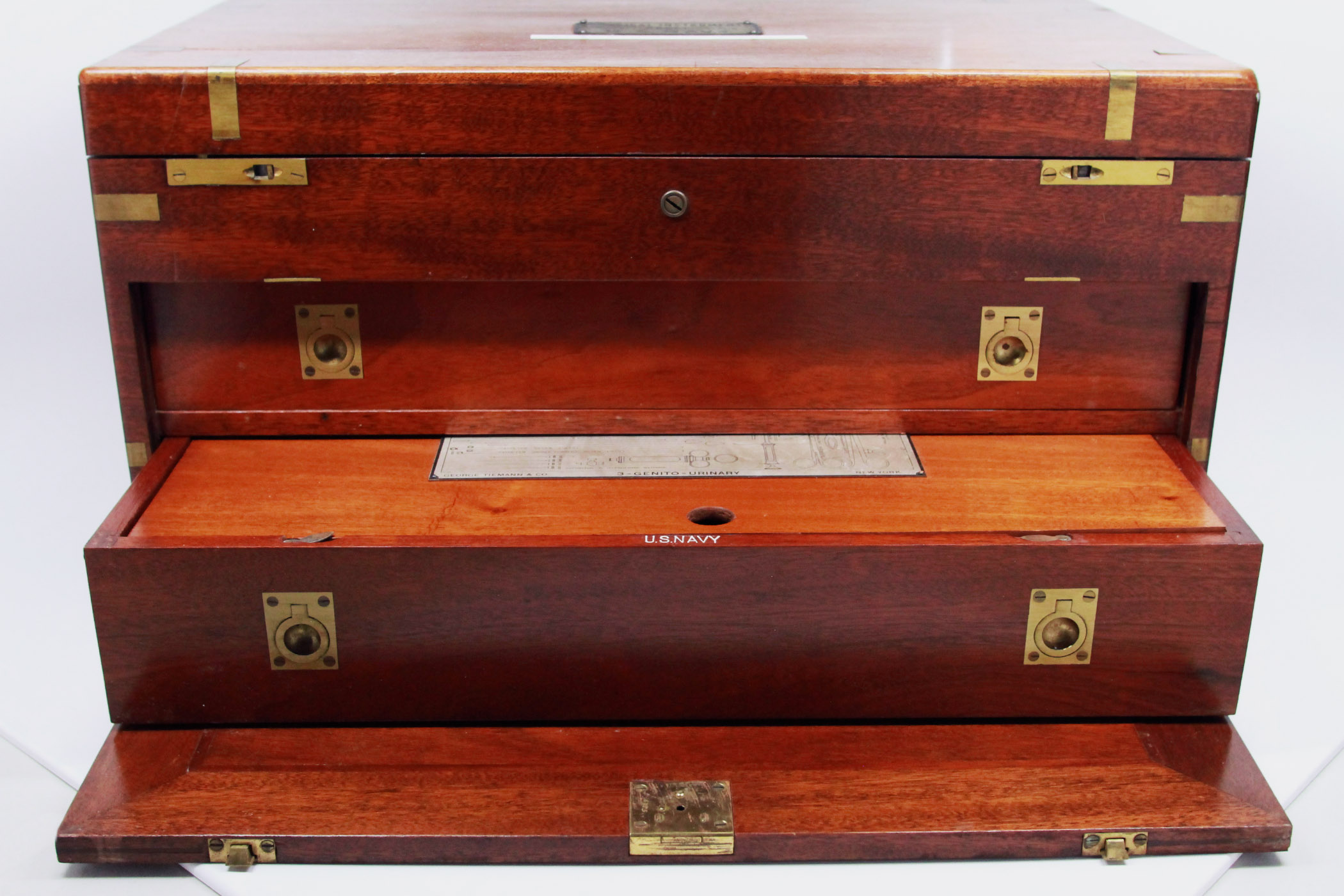 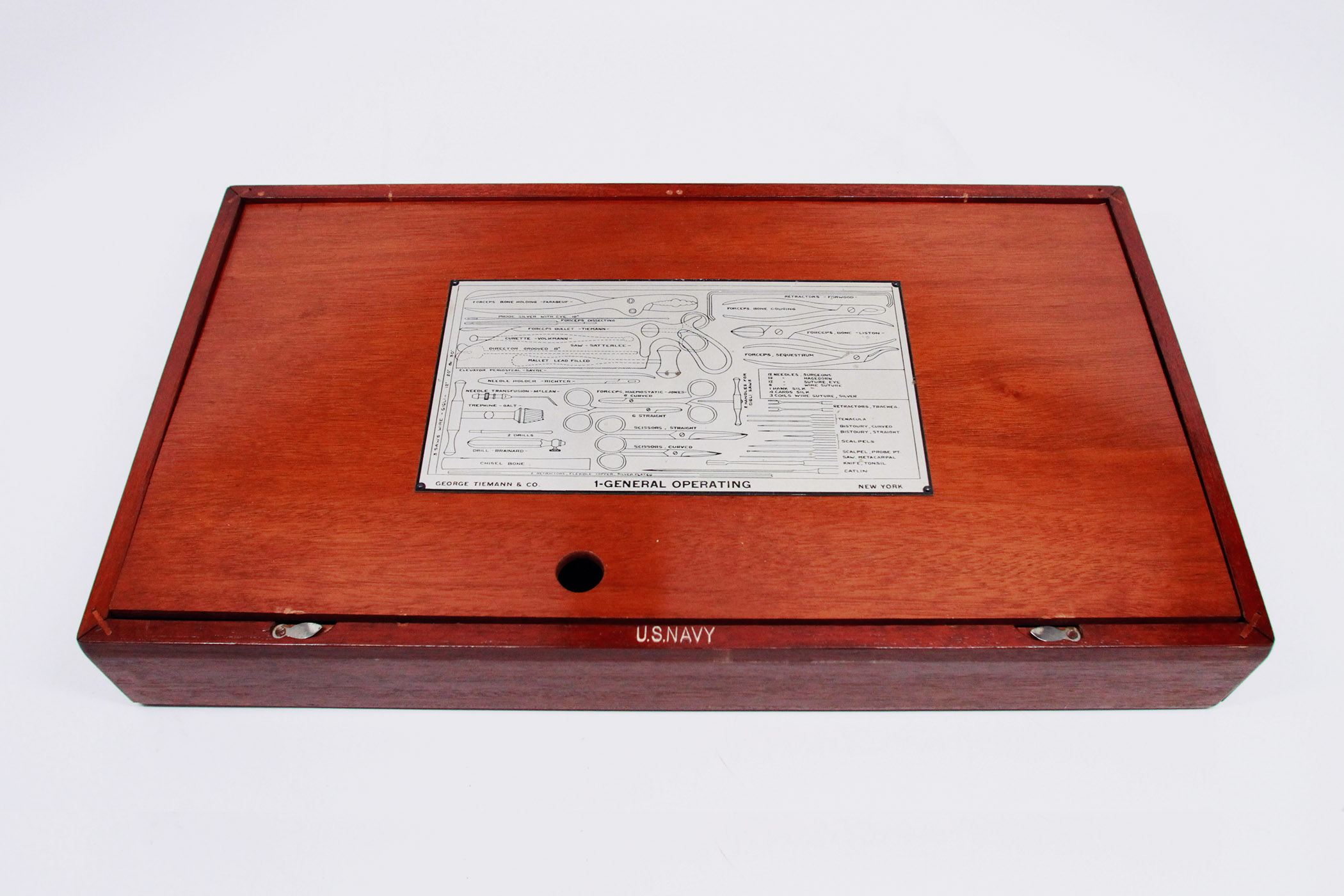 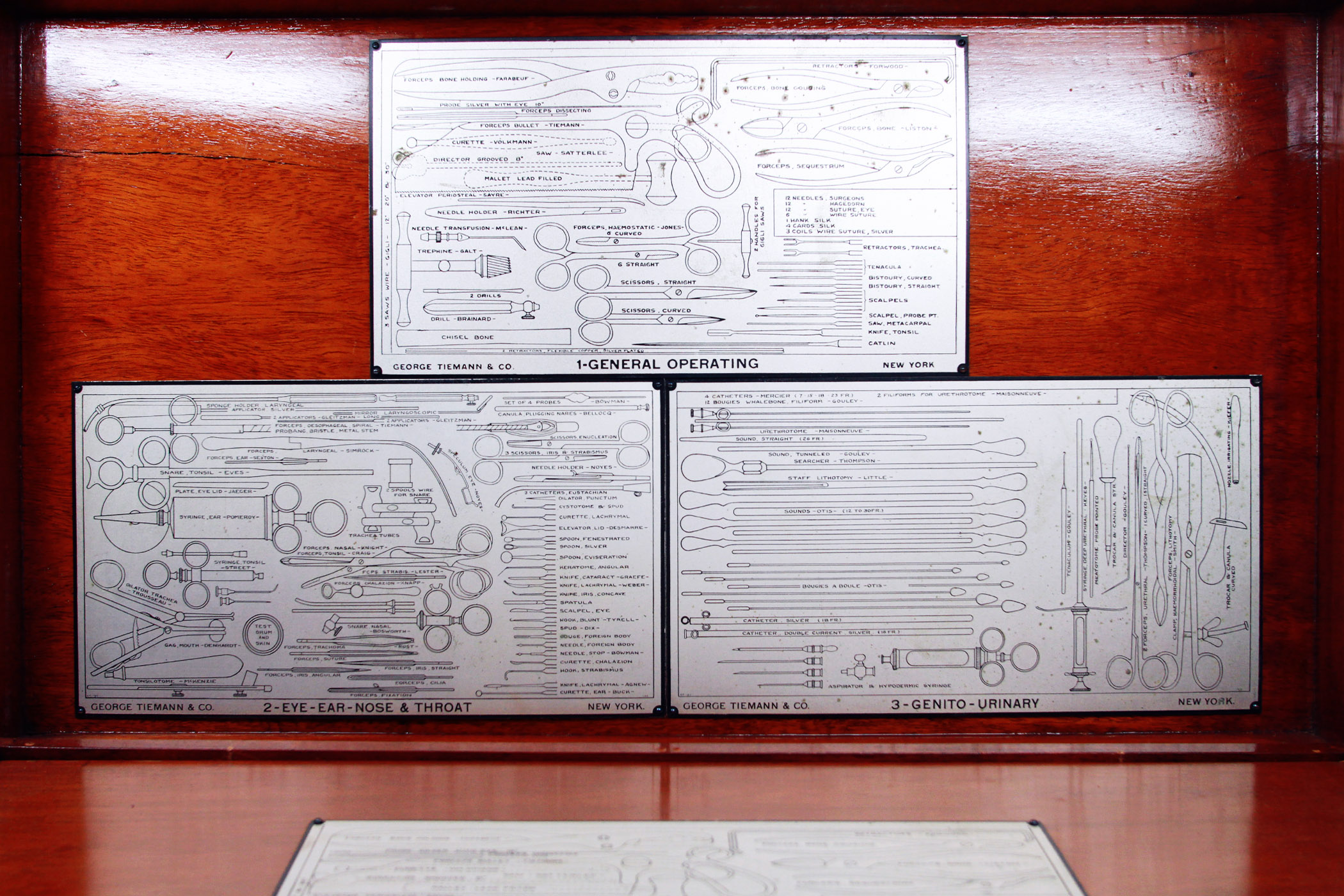 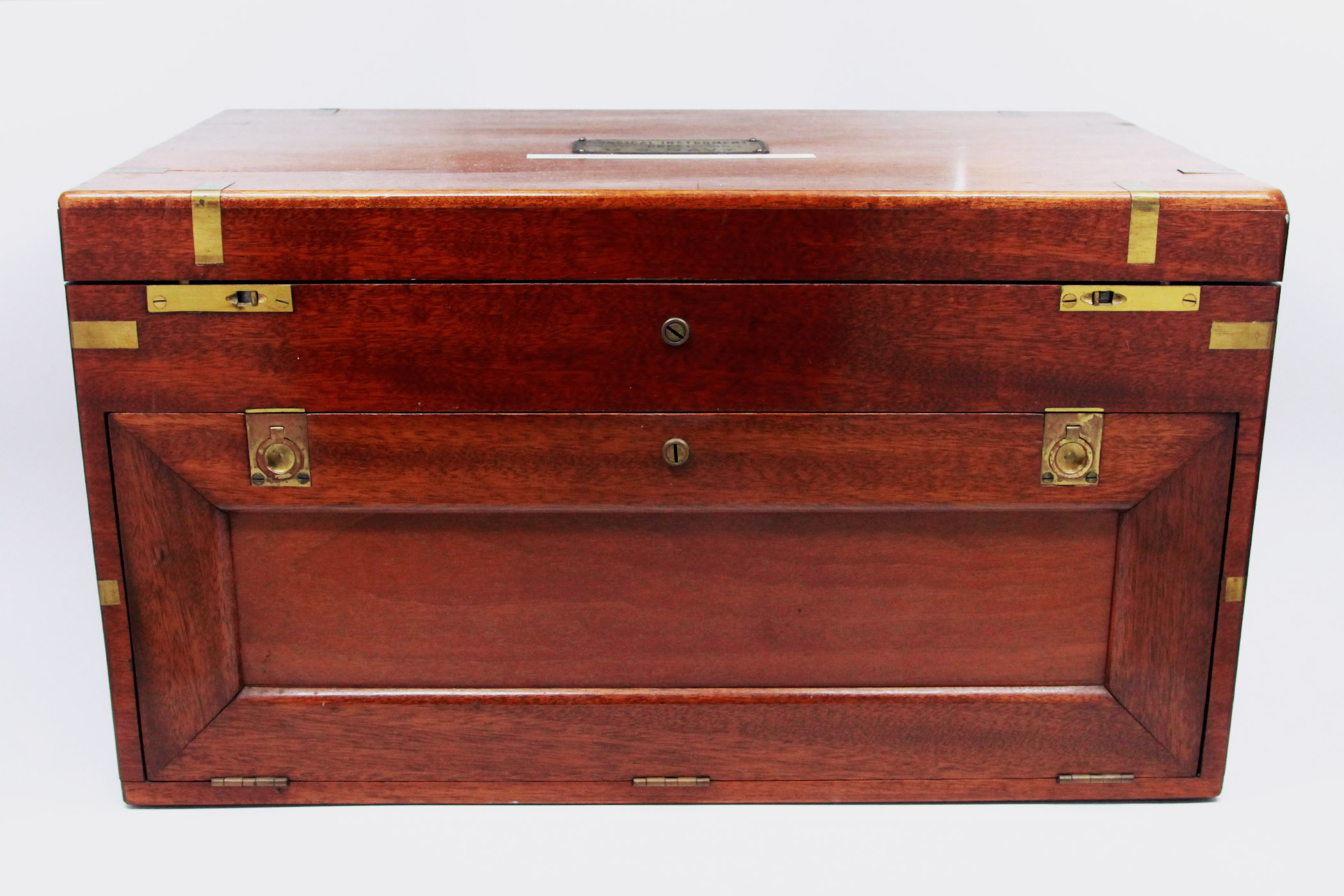 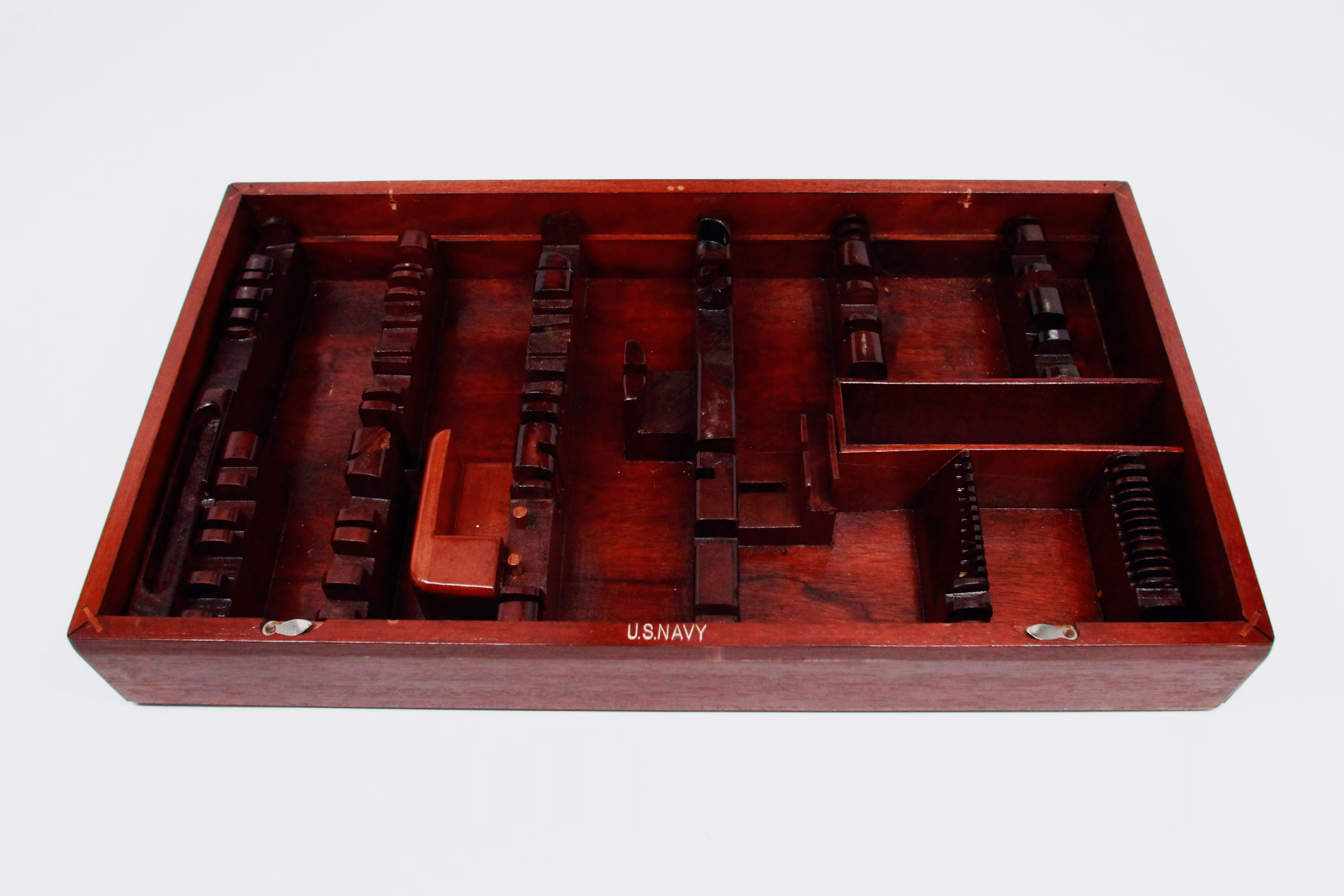 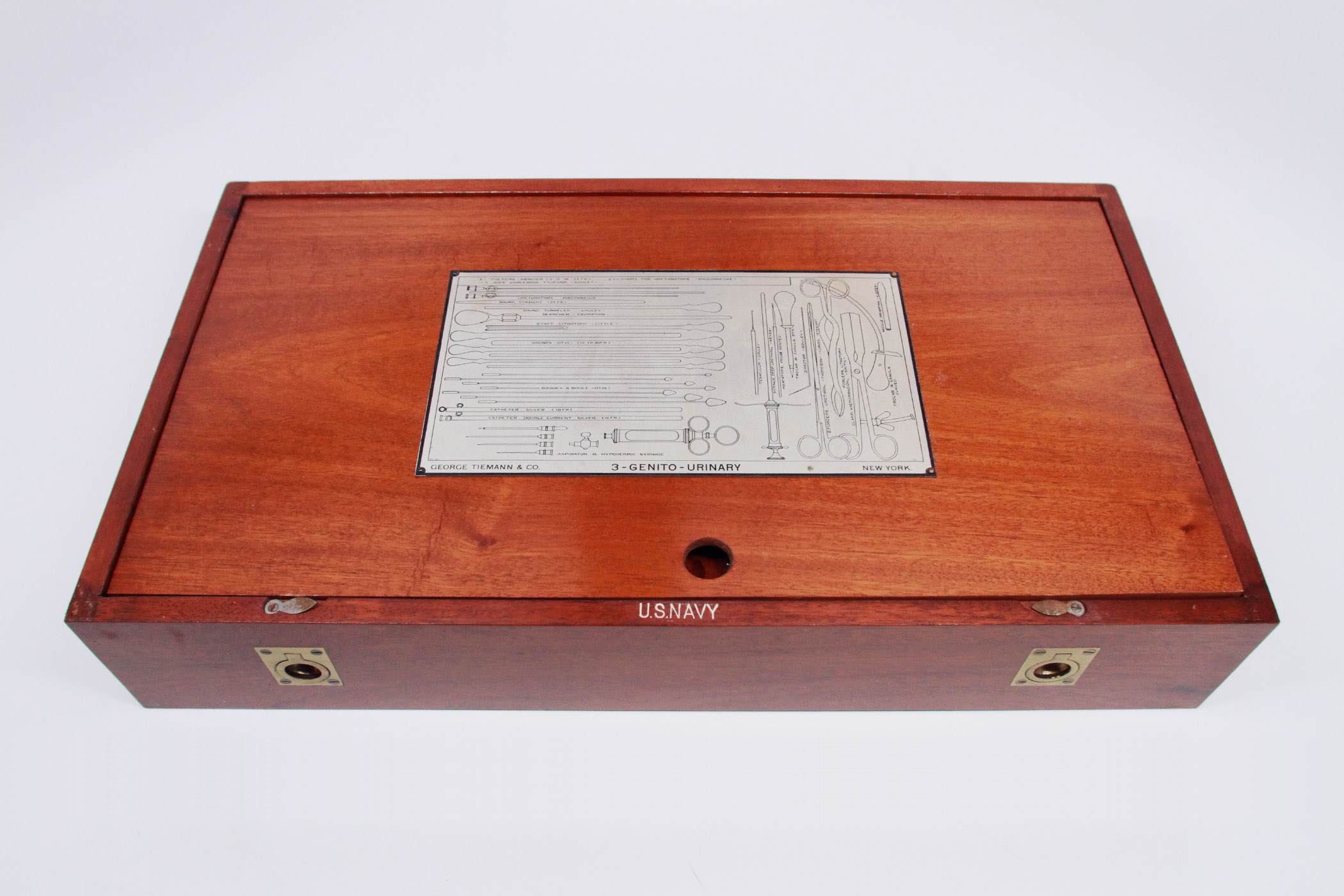 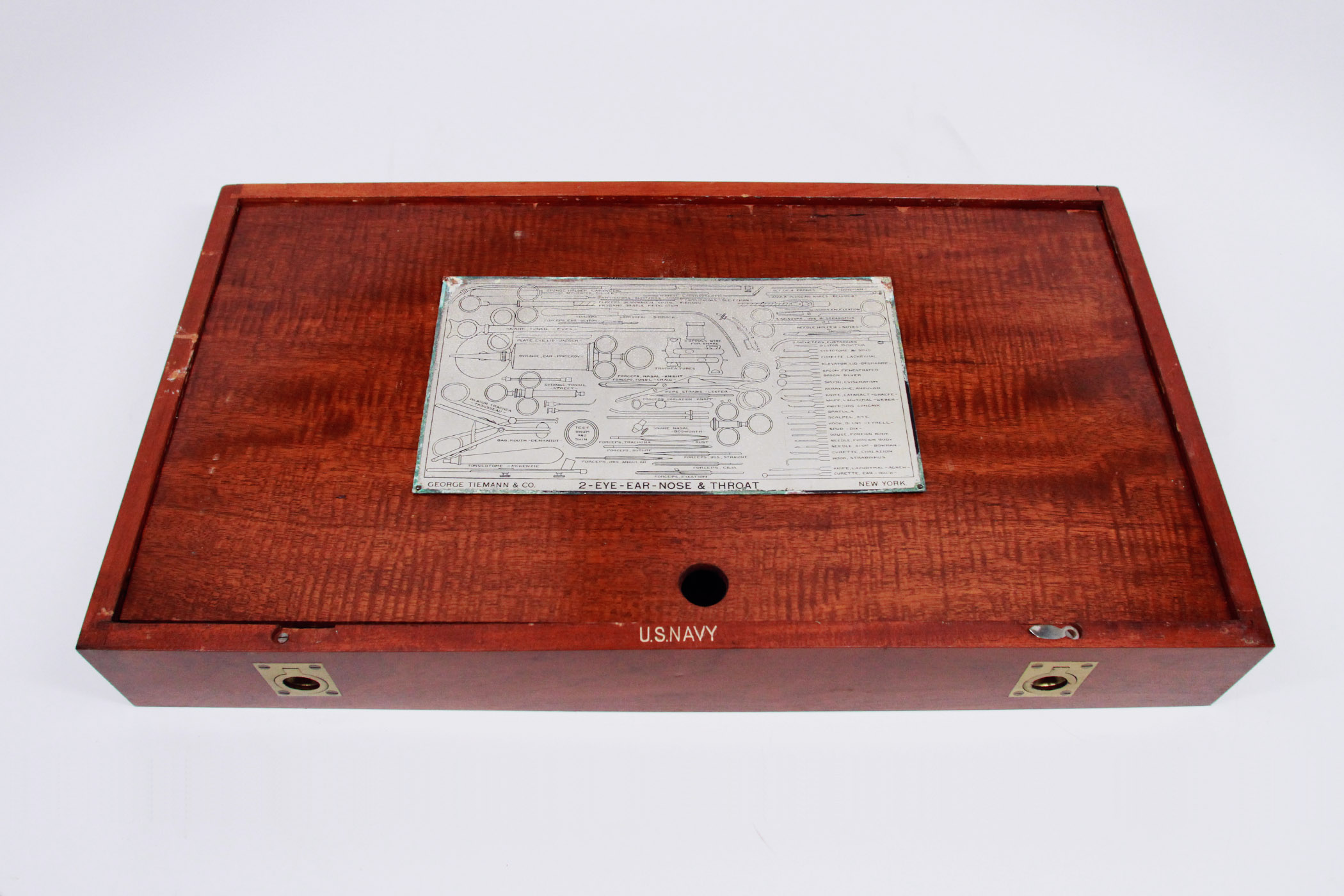 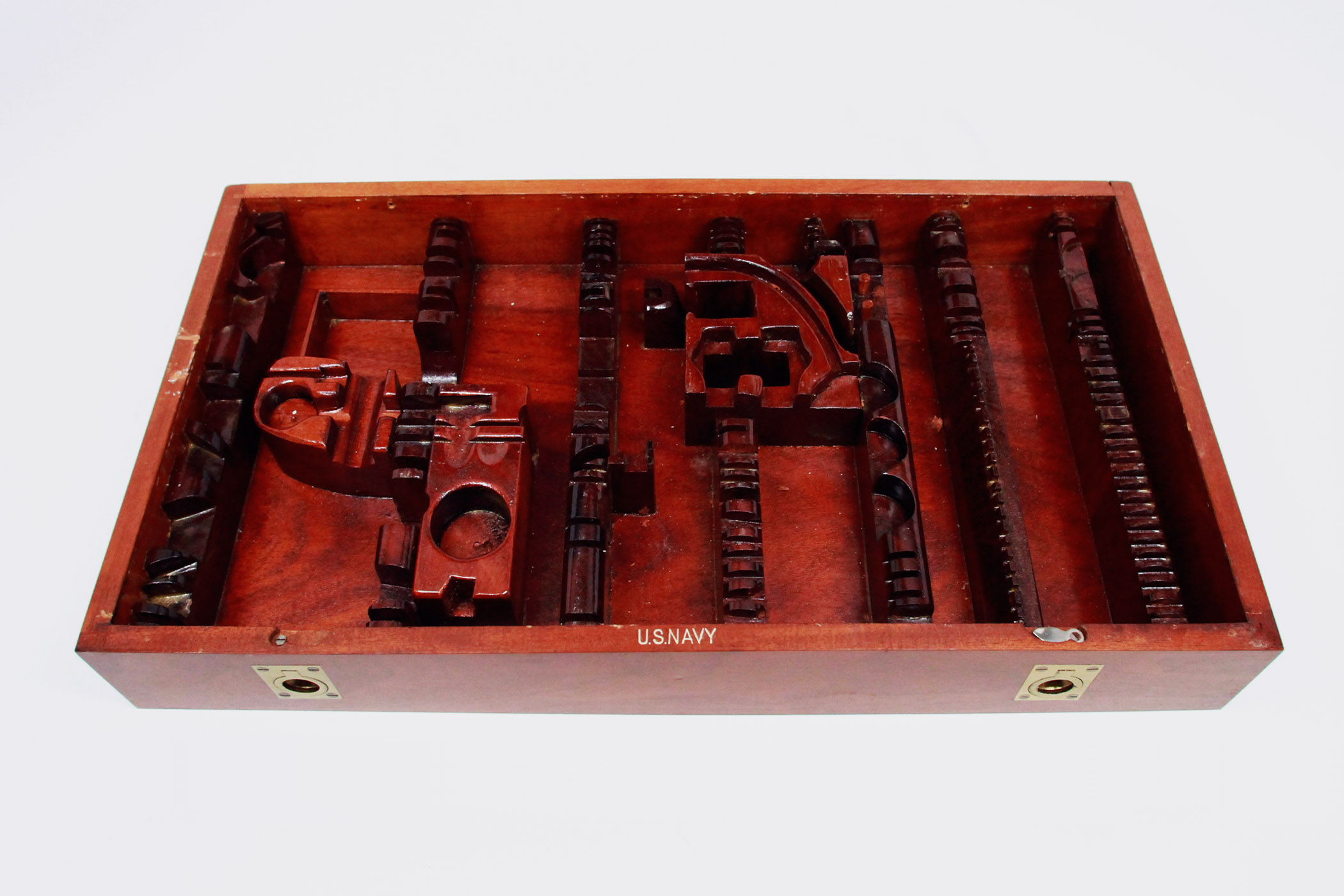 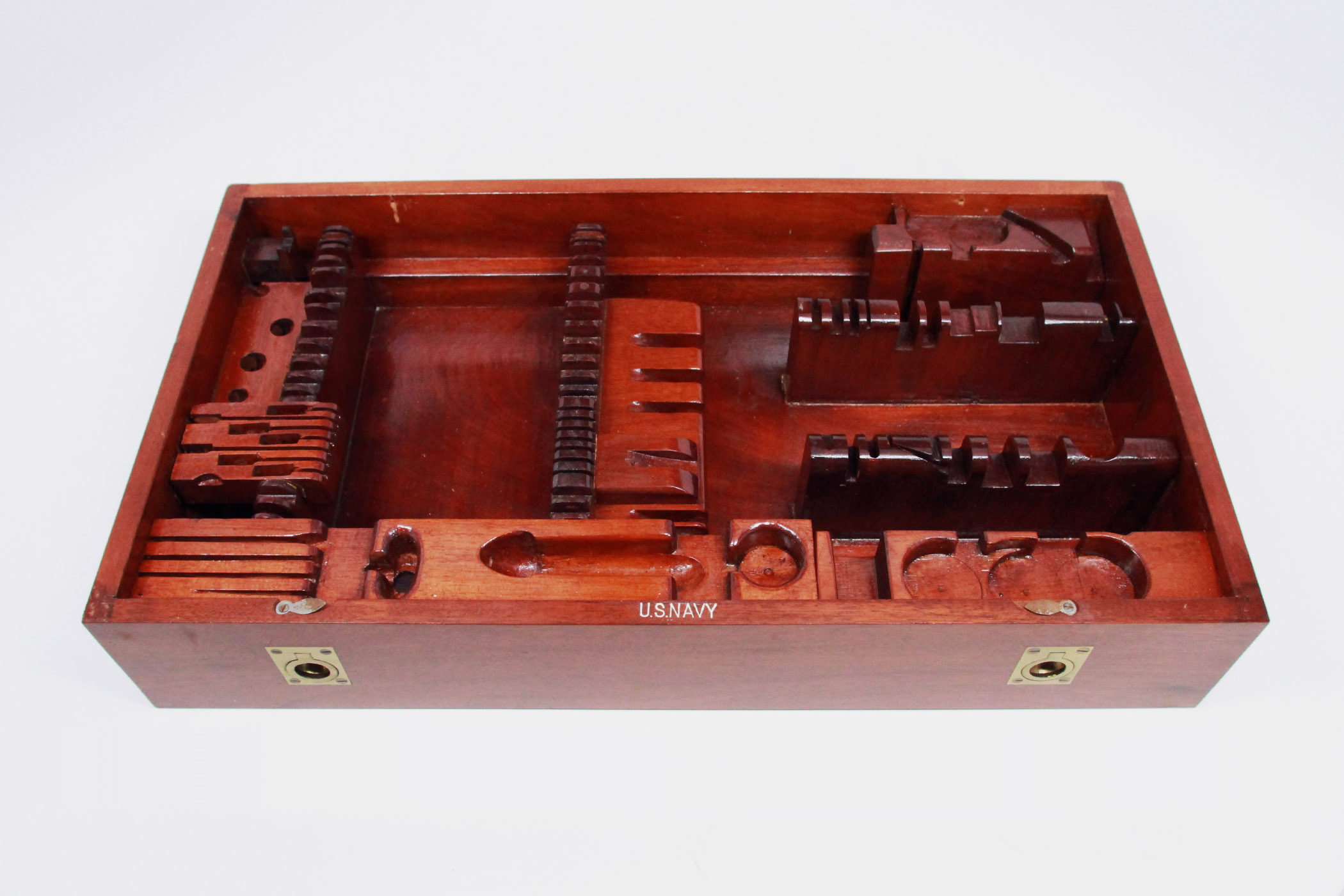