This is an exemplary example of a late 19th century surgical set by a well known American instrument maker Kolbe who made surgical instruments from the American Civil War Union Army and thereafter.

I believe the wood case is mahogany and is without blemish. The presence of a keyed lock and the absence of military latches suggests this is a non-military surgical set.

Note this surgical set is quite comprehensive holding three levels of surgical instruments for all manners of surgery from general surgery, orthopedic surgery, and neurosurgery.

Given the set contains a combination of instruments whose handles are ebony wood or ivory indicate it was made before instrument sterilization was standard in which case all instruments would be made of stainless steel.

In my opinion, as this set is in such fine condition and near complete, it was rarely if ever used (or impeccably cared for) since made in the latter 1800s. 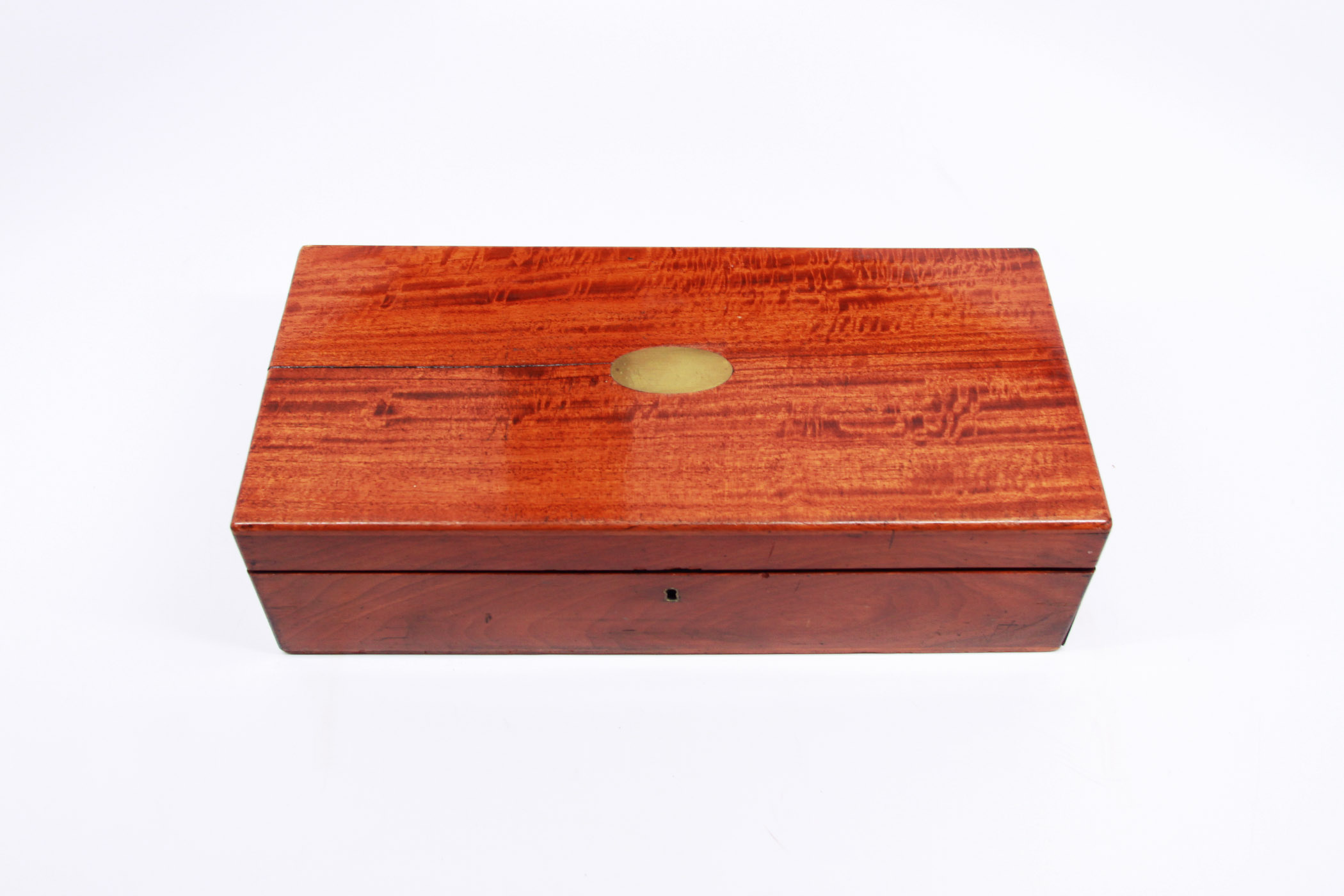 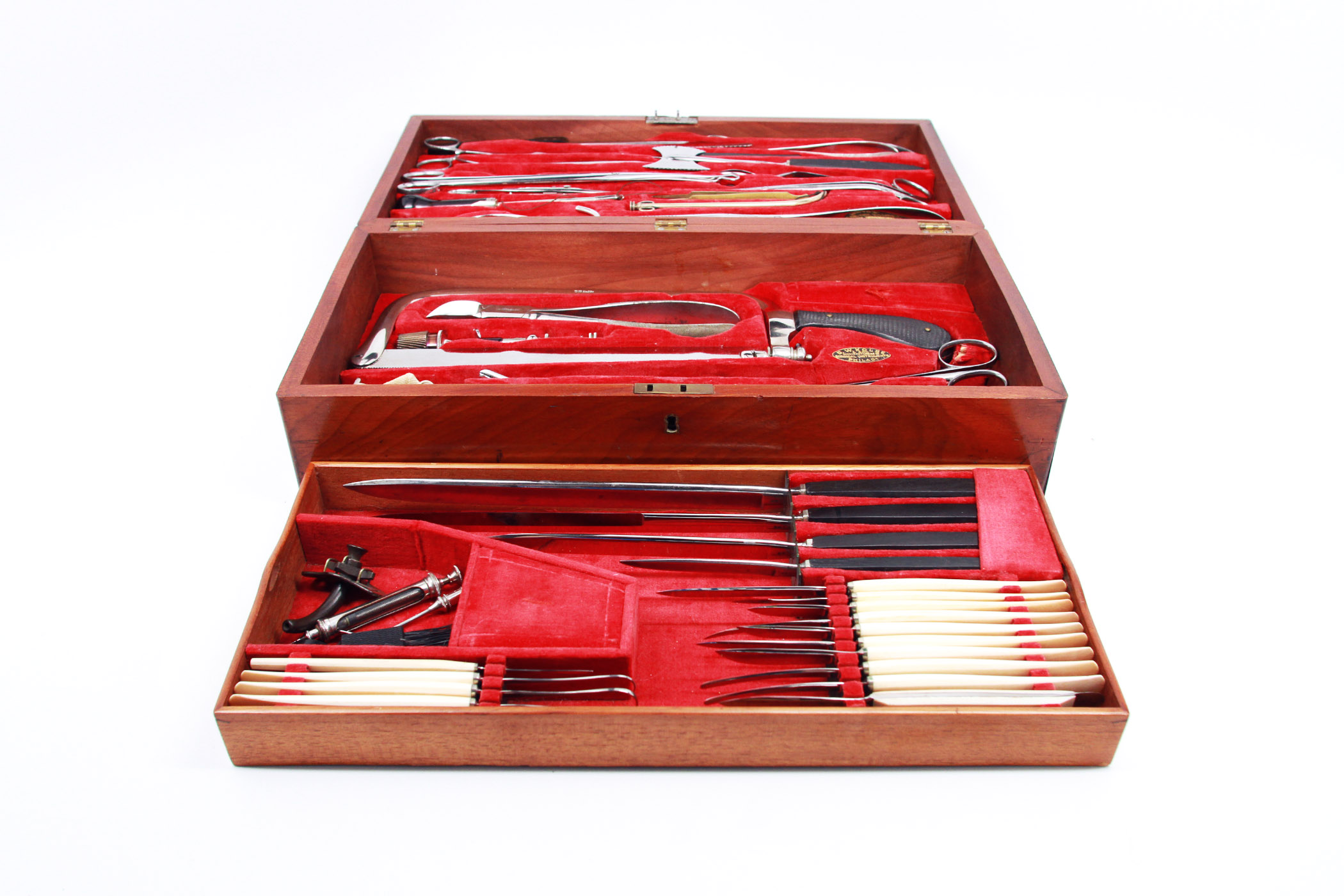 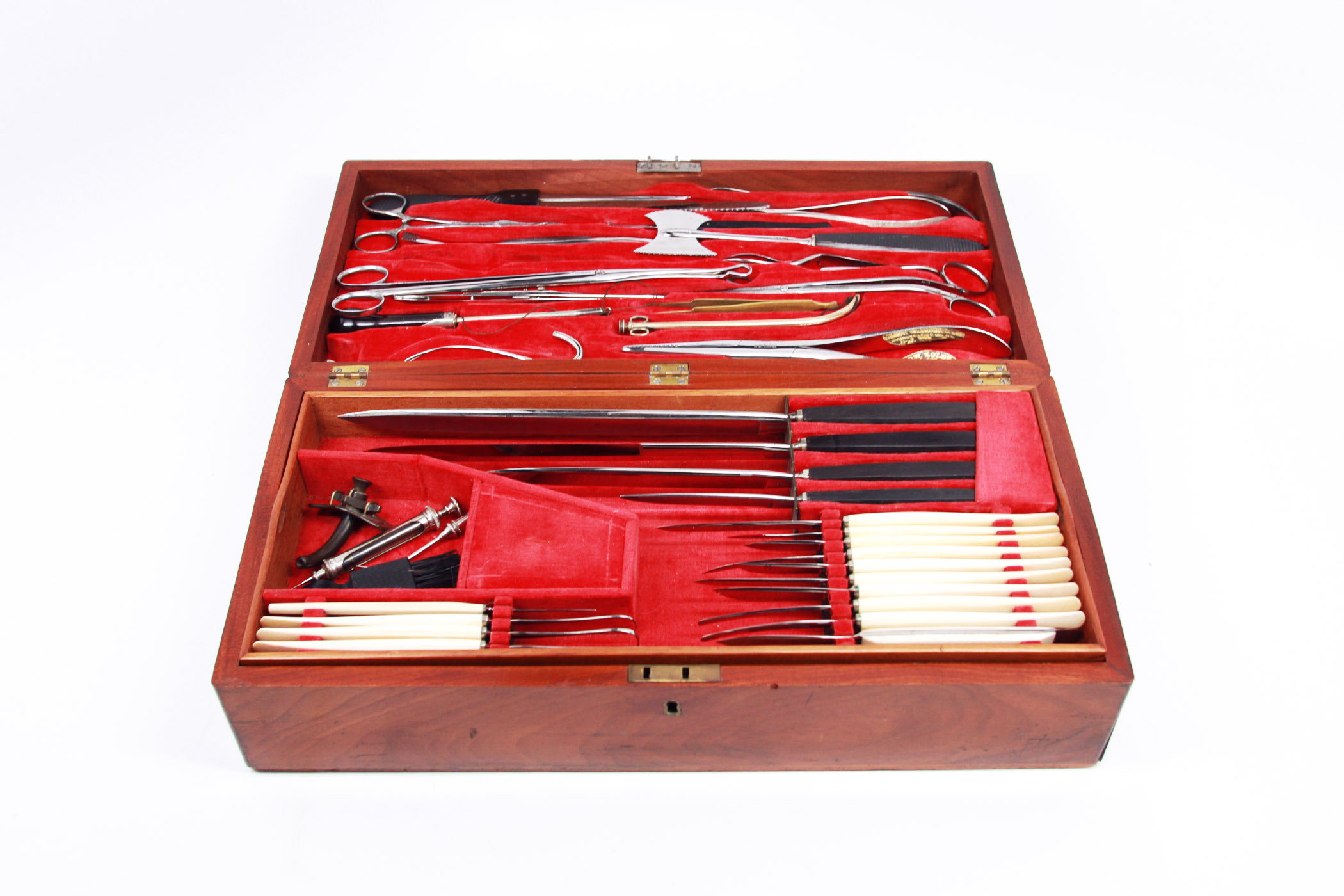 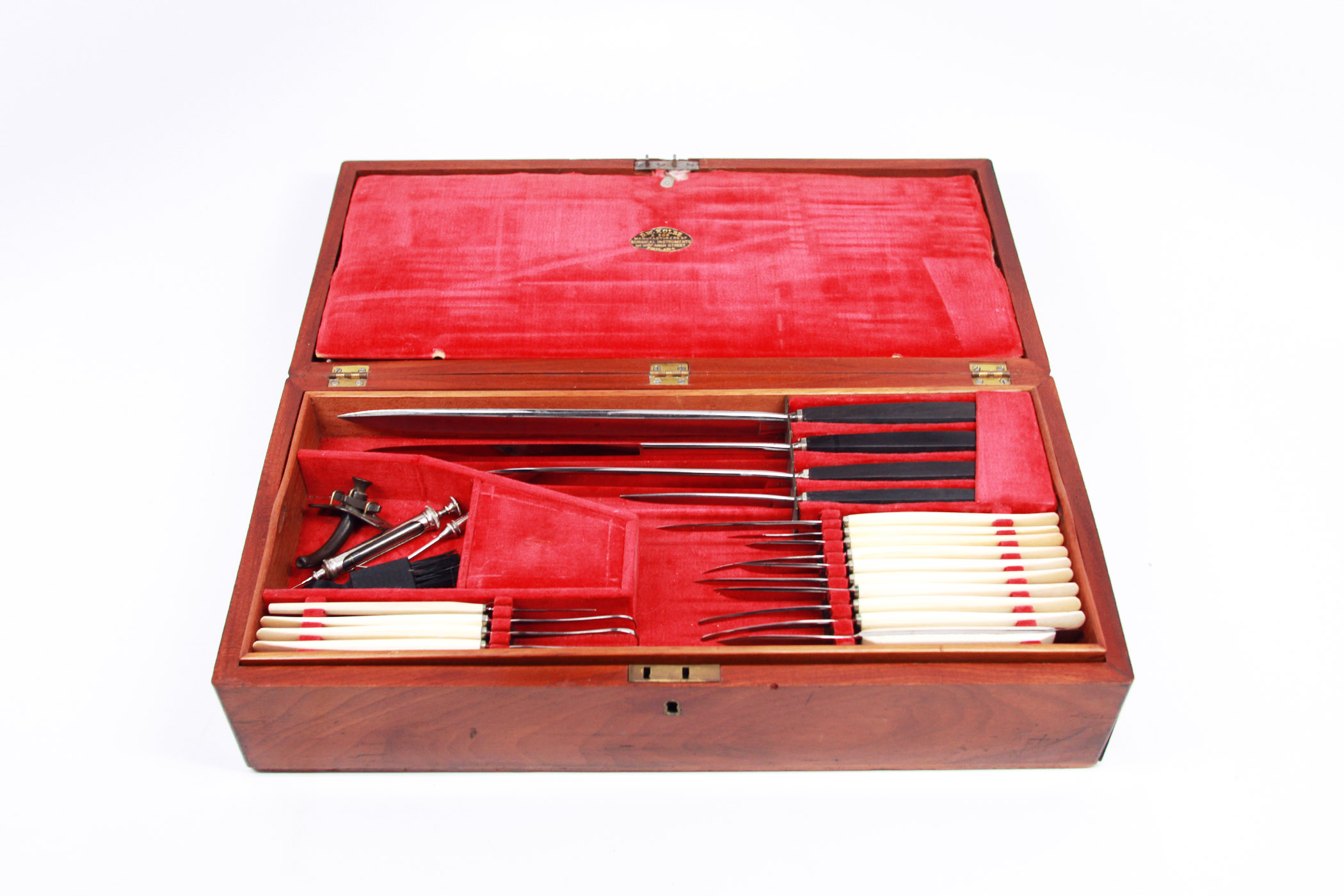