Most instruments are marked “SIMPSON” or “SIMPSON 55 STRAND LONDON.” SIMPSON began making instruments in the early 1800s and later moved to STRAND STREET in LONDON. It would not be uncommon for a surgeon to pick surgical instruments for his case which the instrument maker may have had left over from a previous location. These instruments would then be taken to a carpenter who would create a custom box for the instruments.

While a few instruments are missing and several seem to be replacements not fitting the original red inner upholstery perfectly, the set is roughly 9-% original and complete.

This is a fine example of a large surgical set of UK origin dating to the 19th century. 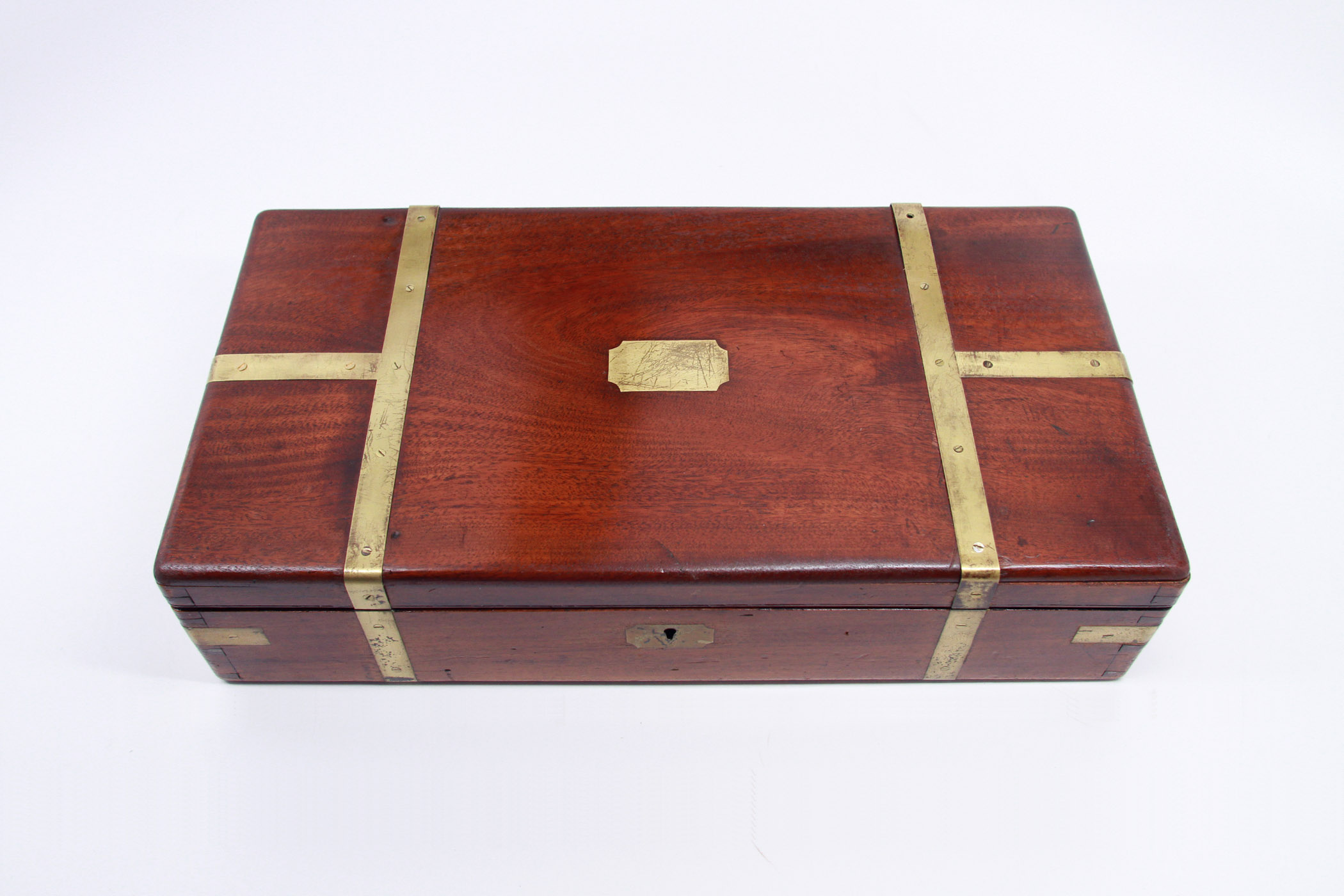 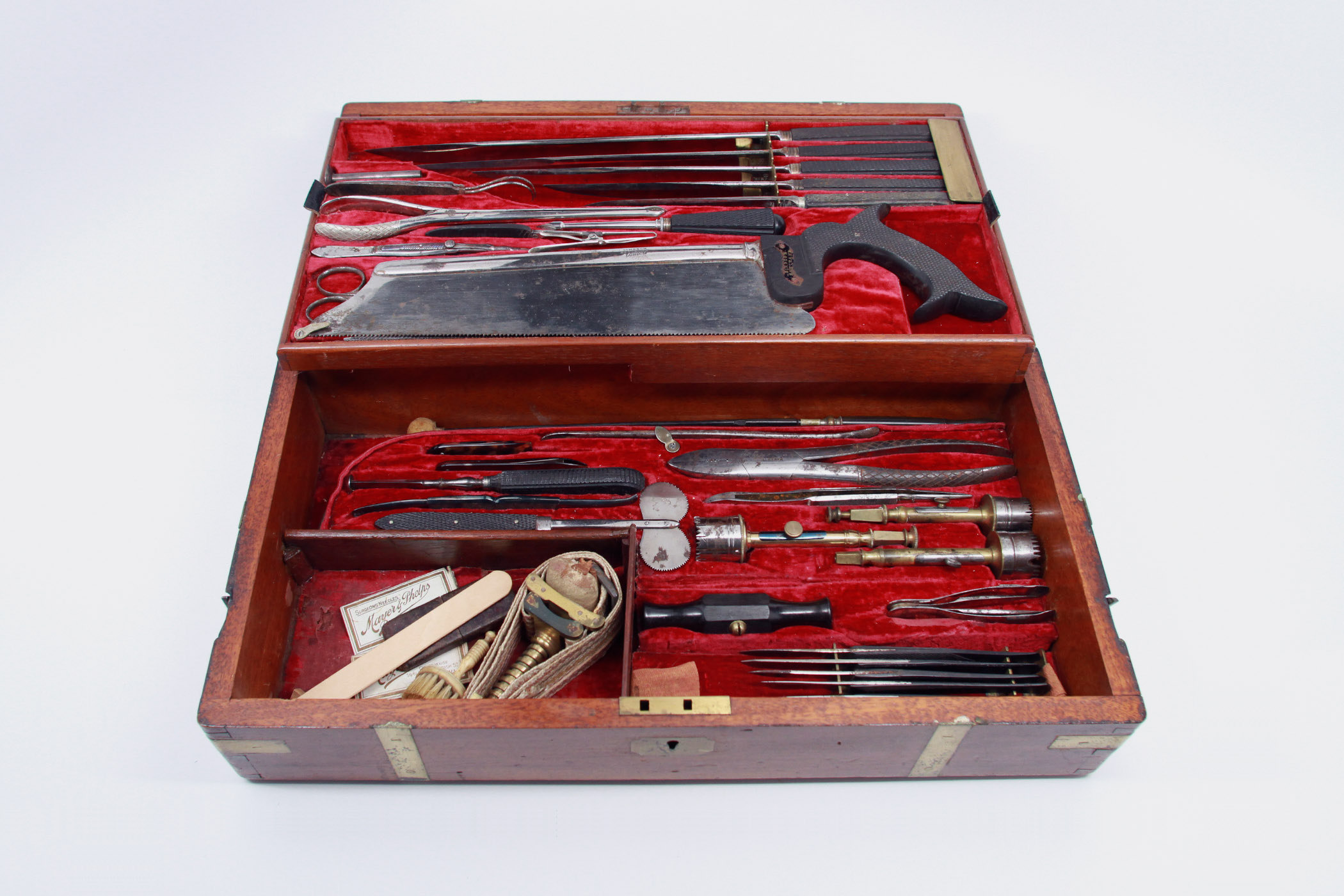